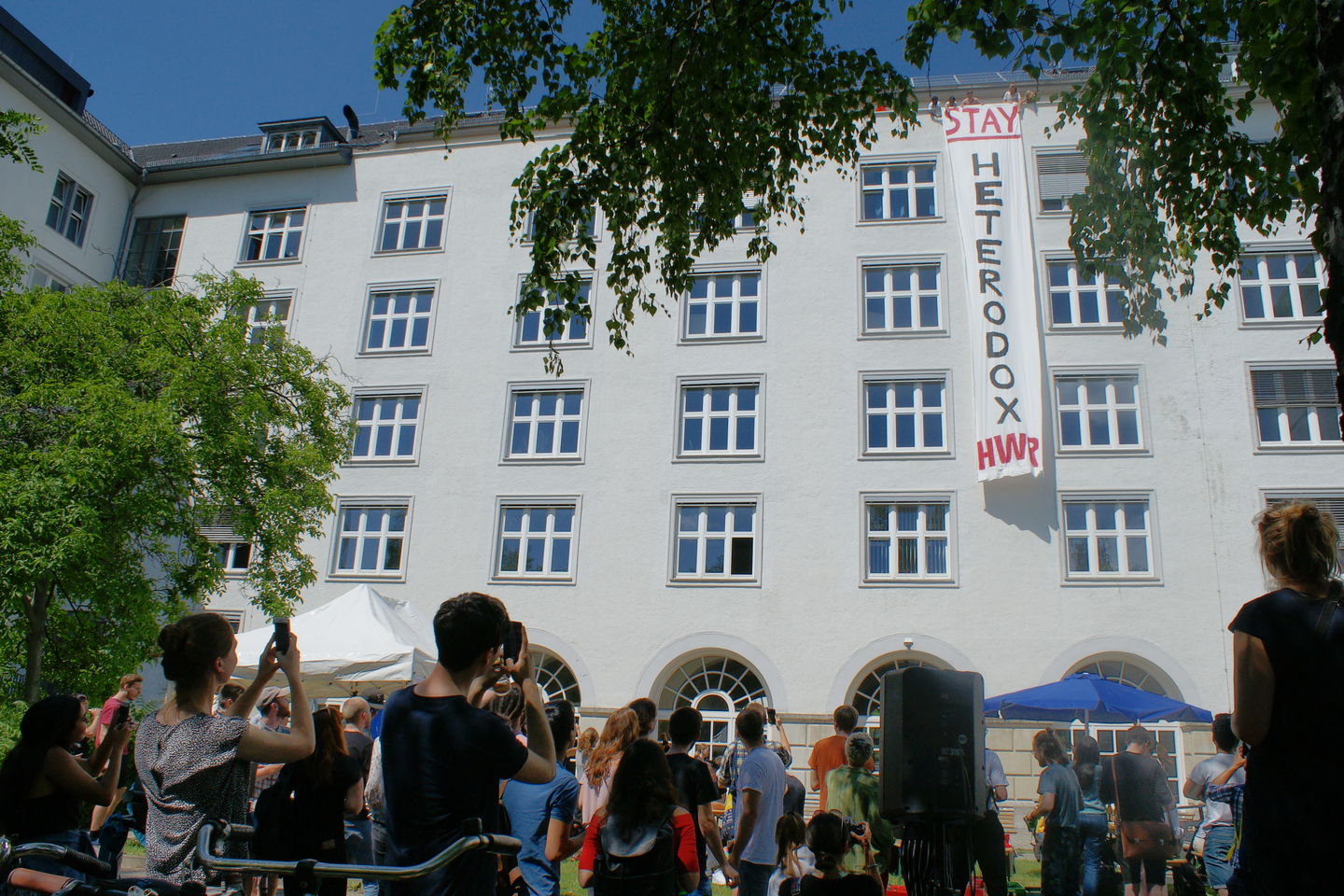 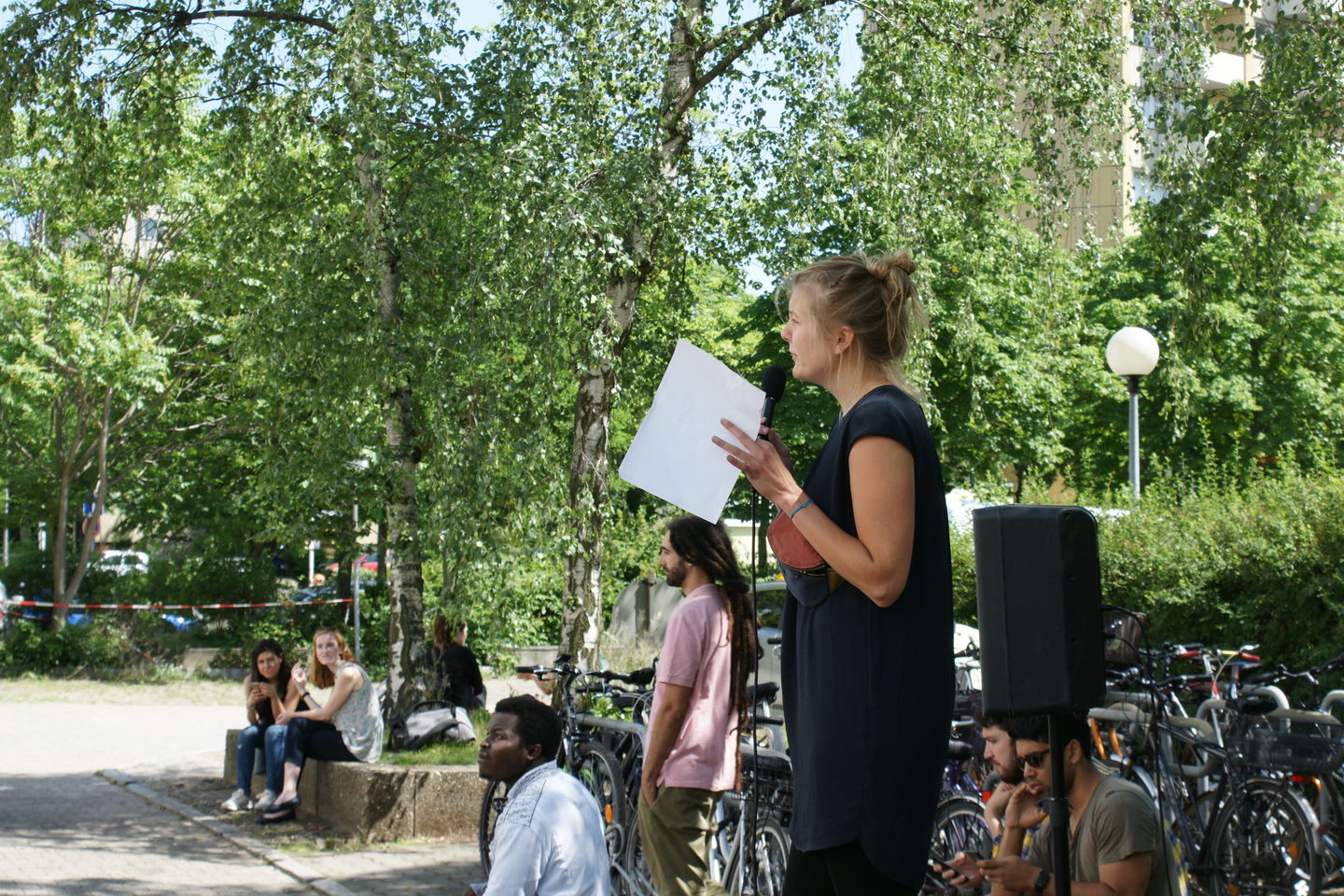 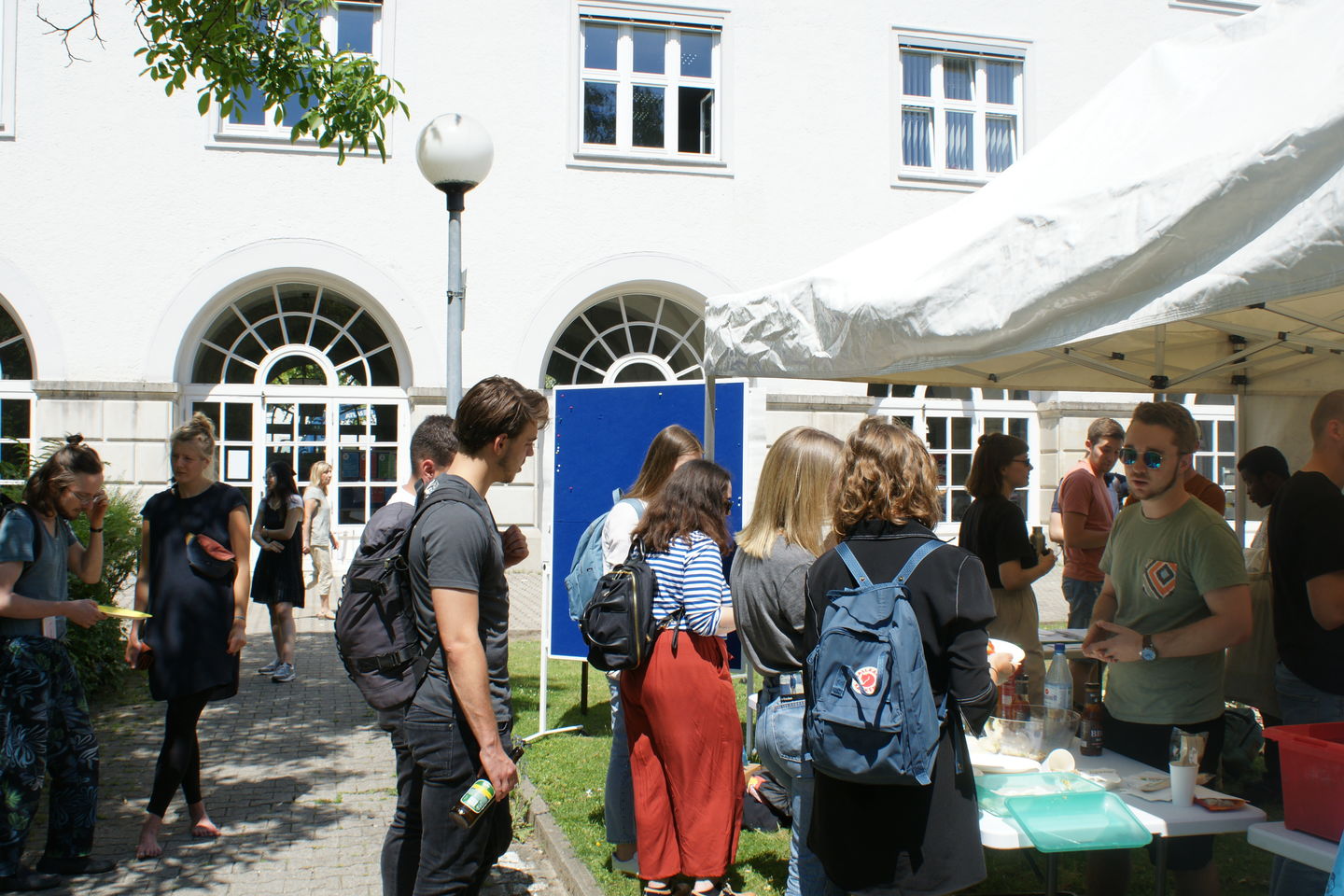 Organised by the Institute for International Political Economy at the Berlin School of Eco-nomics and Law, Southwestern University of Finance and Economics and Deutsche Bundes-bank Regional Office Berlin and Brandenburg.

For more information, see the programme.

Petition: Save Our Masters Program - Labor Policies and Globalization

In April and May 2019 the "Polanyi Lecture" takes place in Vienna. It is organized by the International Karl Polanyi Society. The IPE is a cooperation partner.
Altogether there are three events:

"Reflecting 100 years of ILO – Shaping the rules for a new century of labour” is the title of the XIV Global Labour University Conference that takes place from March 27-29 in Berlin. It is organized by Berlin School of Economics and Law, International Center for Development and Decent Work (ICDD), Friedrich Ebert Stiftung and IPE. The Global Labour University (GLU) invites labour activists and academics to contribute to the global discourse on what kinds of new global rules are necessary, what role the ILO is expected to play in a system of global governance, and how we can strengthen international labour solidarity to obtain the rules needed.

For more information, see the detailed Call for Papers.

WAPE calls for papers for their conference on "Karl Marx and Rosa Luxemburg: Thought Legacy and Contemporary Value - The Thirteenth Forum of the World Association for Political Economy". The IPE Berlin supported the conference as partner.

The conference took place on:

On the occasion of the 200th birthday of Karl Marx and the 10th anniversary of the Institute for International Political Economy (IPE) we will host a conference on the topic "Studying Modern Capitalism - The Relevance of Marx Today".

Registration for the conference is over.
In case you are interested in participating but did not obtain a seat yet, send us an e-mail to reserve your seat on the waiting list.

The program can be viewed here.

Presentations of the Conference

The Berlin School of Economics and Law (HWR Berlin) and the Institute for International Political Economy (IPE) Berlin jointly host the Workshop "FinTechs, Remittances and Development". The Workshop is being facilitated by the Strategic Partnership Programme of the German Academic Exchange Service (DAAD).

18th Monetary Policy Workshop at the Berlin School of Economics and Law: What Kind of Economic Development can be Expected in China, Europe, and the US?

Panel 1: China – On the Way of Lower Growth and Further Integration in the World Economy?

Panel 2: The Eurozone – What to Deal with Next?

Panel 3: USA – What Prospect for Multilateralism?

The conference, which was jointly organised by the International Initiative for Promoting Political Economy (IIPPE), the Critical Political Economy Research Network (CPERN) and IPE, was attended by some 380 participants from Europe, the Americas, Asia and Africa

Germany has come to be seen as a shining example in Europe in recent years due to its relatively good performance in terms of growth and employment. The strategy of deregulation, dismantling the welfare state and reforming the labour market seems to have turned the former ‘sick man of Europe‘ into a successful role model. The recommendation for the European neighbours, above all for the crisis-ridden countries in the periphery, is to copy (a radicalized version of) this model in order to regain economic strength.

However, recently, increasing doubts have been raised about the German model: The deregulation of the labour market and the encouragement of a low-wage sector are said to have significantly increased income inequality and poverty and to have led to extremely weak wage growth. This in turn is said to have weakened domestic demand and fuelled international economic imbalances due to the build-up of large export surpluses. Germany is said to outcompete its neighbours by way of excessive wage moderation and to not doing enough to boost economic growth in Europe. Criticisms in this vein by international organisations – even by the European Commission - have become quite frequent.

This meeting will take a critical look at the role of German labour market and wages policies both from a German and from an international perspective. Given the outstanding importance of Franco-German political and economic relations the focus is on the French perspective.

The event is part of the ‘tour of Europe’ by the French Économistes Atterrés. This group of ‘appalled‘ economists was founded in 2010 to protest against the dominant economic doctrine in France and has since become a well-known participant in the country’s economic policy debates. Their founding manifesto was published as a book which has sold more than 80,000 copies.. Since then, Atterrés has published several other books and been involved in a wide range of public activities. The Atterrés’ tour of Europe, which is taking place in the run-up to the European elections, aims to campaign for the adoption of an alternative economic policy in Europe. (http://www.atterres.org/).

The discussion will be chaired by Prof. Dr. Trevor Evans, president of the IPE Berlin and professor for monetary theory, monetary policy and international currency relations at BSEL.
The conference was organised by Prof. Dr. Achim Truger who holds a professorship in economics, particularly macroeconomics and economic policy at BSEL.

Fiscal discipline and the state of emergency: Social and political consequences of the crisis in Greece
Maria Markantonatou, University of the Aegean

11.30 Italy and the political economy of decline
Mario Pianta, University of Urbino

The Impact of the crisis on European social models
Christoph Hermann, University of Vienna

2.00 The impact of the crisis on wages: A perspective from the ILO Global Wage Report
Patrick Belser, International Labour Organisation, Geneva

The crisis in Europe: The dead end road of the race to the bottom
Özlem Onaran, University of Greenwich

17.00 ? 17.50 The impact of the financial crisis on the Euro zone Trevor Evans (Berlin School of Economic and Law)

Europe in Crisis: A Critique of the EU's Failure to Respond

Privatisation and the European Social Model

International conference
Organised by the network ?Privatisation and the European Social Model? (PRESOM)